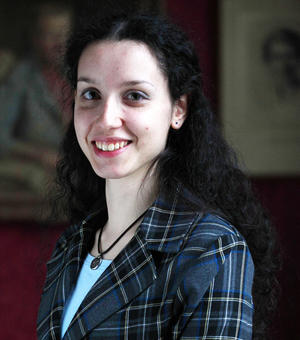 My research concerns ancient primary sources. Straight after my MA I started working on two major digital epigraphy projects at KCL – Inscriptions of Roman Cyrenaica and IOSPE: Ancient Inscriptions of the Northern Black Sea. Between 2013-2015 I worked at the University of Leipzig as an assistant on the Open Greek and Latin project to digitize ancient sources for the Perseus Digital Library, and on two research projects from the Leipzig Open Fragmentary Text Series: the Digital Fragmenta Historicorum Graecorum and the Digital Marmor Parium.

In 2016 I resumed work on IOSPE, and later joined the Institute of Classical Studies (London) as a research fellow in library and information science on the Cataloguing Open Access Classics Serials project. In 2019 I joined the ERC project LatinNow (Nottingham), to work on the epigraphic database, and gained experience of working on the Western provinces of the Roman empire, inscribed instrumenta, and lapidary material. I am undertaking a post-experience part-time PhD, studying the relationship between Greek and Roman epigraphic practices in Thrace, primarily the mutual influences in the epigraphic palaeography of the region.

During my MA I was trained in text encoding and data modelling, and my work has involved an element of Digital Humanities ever since. I am a co-author of the EpiDoc Guidelines and stylesheets for XML encoding and publication of ancient documents. I have recently been providing TEI XML expertise and consultation for the encoding of ancient and medieval documents, including the Billion Words project; Pelagios 3; Westminster Leningrad Codex; and Visible Words: Digital Contextual Epigraphy. I am involved in the project for encoding a corpus of ancient inscriptions from Georgia in a training and advisory capacity; and likewise the Telamon project for the Greek inscriptions found in Bulgaria. Since 2018 I have advised on the application of EpiDoc and adapting the EFES publishing platform for encoding Byzantine Seals. Within Digital Humanities my interest lies in data modelling, data transformation, sustainability, open data, standards, and cultural heritage preservation. Last year I briefly joined the DARIAH-DESIR project at King’s Digital Lab, writing documentation on the software development lifecycle for research.

I have recently been appointed Deputy Treasurer of the European Association for Digital Humanities.