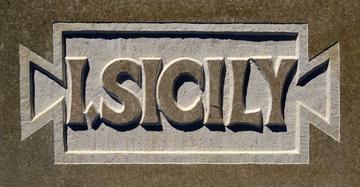 I.Sicily is a long-term project to construct and maintain a digital corpus of the inscriptions of ancient Sicily. The project aims to provide free open access data, and to follow the principles of Linked Open Data wherever possible.The online corpus, live since 2017, can be found at: http://sicily.classics.ox.ac.uk

The I.Sicily project aims to include all types of inscribed text, in all languages, across the whole of antiquity, beginning with the first written texts at the end of the seventh century BCE, and continuing through to the Byzantine period (currently with an approximate upper limit of the seventh century CE). The project began with a focus on texts on stone, and with an initial emphasis on the metadata (bibliography and information about the inscription, such as material, language and inscription type). Coverage has steadily expanded to include over 3,300 inscriptions, primarily on stone, some fully edited, most in draft. Within the framework of the Crossreads project we expect to add the remaining c.1,000 texts on stone (primarily material from the Syracuse catacombs), and to incorporate texts on metal, ceramic and other instrumentum domesticum (portable objects). We additionally plan to incorporate texts that were stamped onto brick and tile, and coin legends.

I.Sicily employs the EpiDoc TEI-XML standard. We use this to encode all the information about the inscription and the inscribed object, as well as the actual text itself: we create a full edition of the inscription, but directly encoded in EpiDoc, which enables processing of all the information. These individual editions are published as HTML pages but can also be searched and filtered through the website, as well as being freely available for download. We also present high resolution images where available, and publish bibliography (in Zotero)  and collection information through a database of Sicilian museums. Data is standardised and made potentially interopable by means of the use of recognised vocabularies, such as the Pleiades gazetteer of ancient places and the EAGLE epigraphic vocabularies. 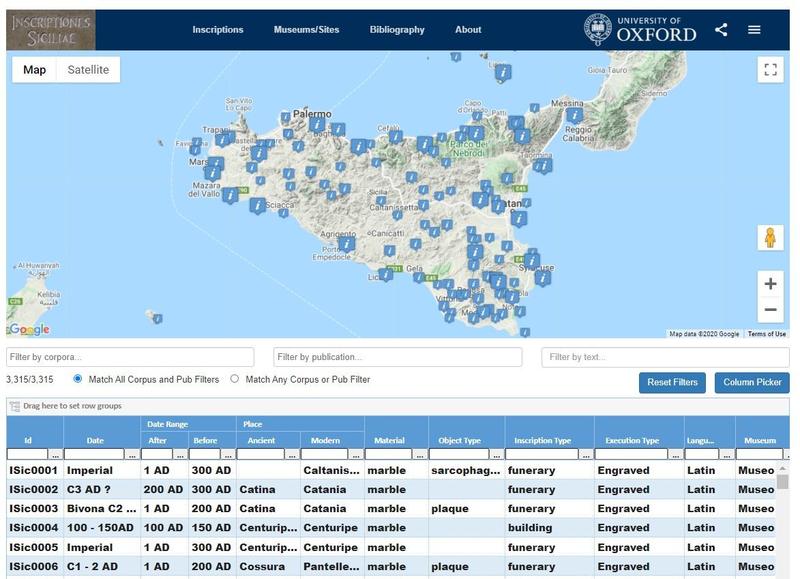 Two aspects of I.Sicily are perhaps worth highlighting:

Finally, I.Sicily is a highly collaborative project, working both with archaeologists and curators in Sicily and with multiple scholars and students internationally. Files are primarily edited in the project’s GitHub repository (link: https://github.com/ISicily/ISicily) and we welcome expressions of interest to join in the project.

For more information about I.Sicily, please visit the supporting website at http://isicily.org

You can read more about I.Sicily in the following publications: