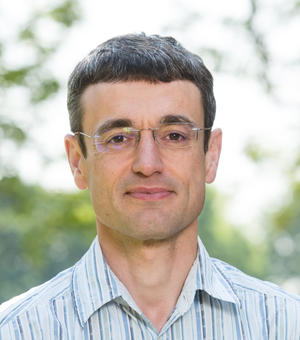 My interest in ancient Sicily and its epigraphic culture dates back to my PhD, which was a study in the transformation of Sicily after the Roman conquest. This included a first attempt to explore the epigraphic culture of the island, and the dataset which I constructed in 2001 has grown ever since, evolving into I.Sicily and now Crossreads.

I first read Classics as an undergraduate at Oxford, before studying for a PhD in the History department at UCL (1999-2004), which included the one-year MA in Archaeology at the Institute of Archaeology; after that I moved to the School of Archaeology & Ancient History at the University of Leicester (2003), before returning to Oxford and the Faculty of Classics in 2005. This mixture of disciplinary homes and a strong focus on material culture and contexts is central to my approach to ancient history, and epigraphy – and is now reflected in the fact that I co-direct an excavation at the Sicilian site of Halaesa. It is difficult to pinpoint where my interest started in the application of digital tools and approaches to the study of the ancient world, but this holds an ever more central place in much of my work.

My interests range quite widely across the history of Sicily and the Roman Republic, with long-term interests in Cicero (and the Verrines), in Roman imperialism, and the history of the middle-late Roman Republic. Through the lens of ancient Sicily I have become increasingly interested in the wider western Mediterranean, and the maelstrom of debates around ‘Romanisation’, ‘Hellenisation’, and Phoenicio-Punic cultural identity. Epigraphic texts/objects play a central role in much of my work, and both in the Crossreads project and more generally I am fascinated by their potential, situated between material and linguistic culture, and by the challenge of unlocking more of that through the application of new approaches, digital and otherwise.