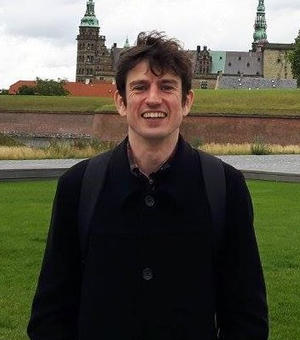 Robert Crellin is a historical linguist whose work focuses on the syntax and semantics of ancient languages, the structure of ancient writing systems, and computation approaches to language. He completed his PhD in Classics at Cambridge in 2012, where he wrote on the syntax and semantics of the perfect in Ancient Greek, especially its postclassical varieties. Robert’s subsequent research has encompassed analyses of Biblical Greek, including the translation of the Greek verb system in the early versions of the New Testament and the morphology of personal names.

Between 2014 and 2016 Robert worked on the Greek Lexicon Project in Cambridge, now published as The Cambridge Greek Lexicon, where he was responsible for writing articles on prepositions. Most recently Robert has been employed on the ERC project Contexts of and Relations between Early Writing Systems. His work here has focused on the writing of vowels in Northwest Semitic writing systems, especially Punic, and on word division. Robert has just published a monograph which analyses the semantics of word division in Northwest Semitic writing systems, including Ugaritic, Phoenician, Hebrew and Greek. The particular focus of this work is the syntax-phonology-graphematics interface, investigating the relationship between the written ‘word’ and the morphosyntactic and phonological words, adopting a variety of syntactic, phonological and computational frameworks.

In October Robert joined Jonathan Prag’s Crossreads project, where he is conducting inter alia syntactic analysis and markup of texts in the I.Sicily corpus.