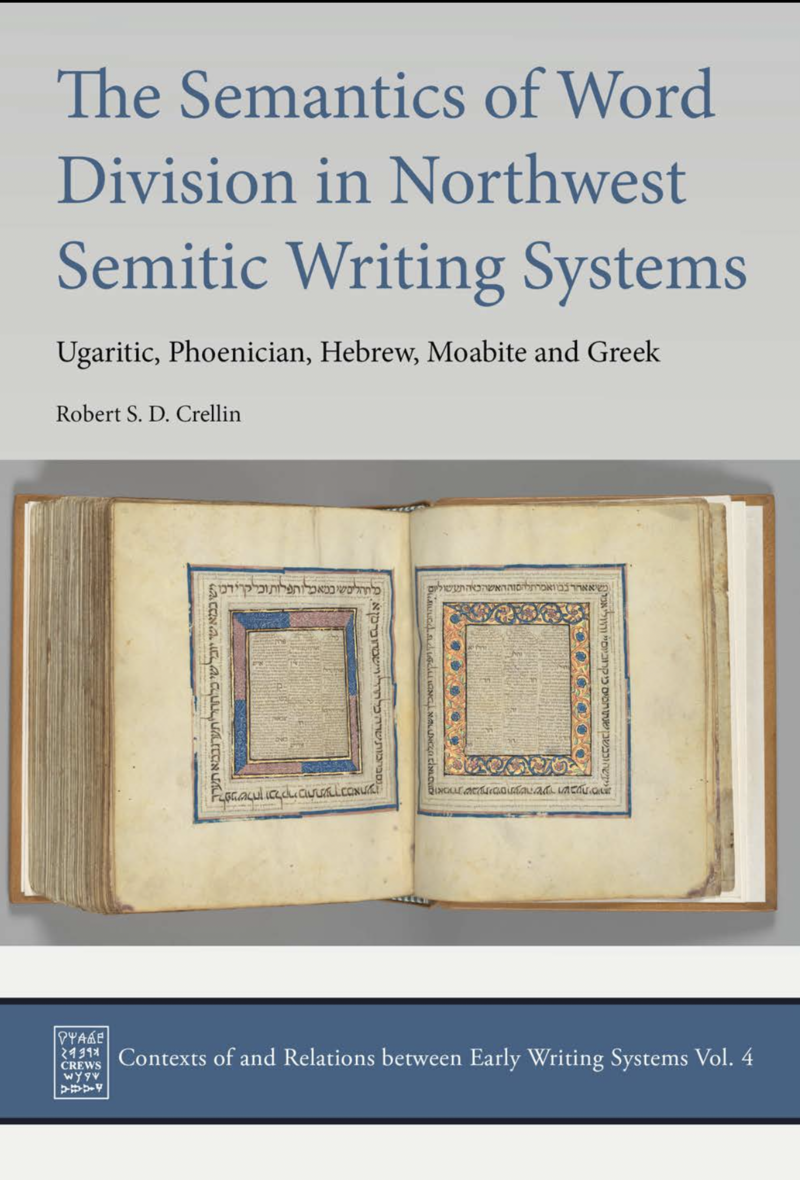 Much focus in writing systems research has been on the correspondences on the level of the grapheme / phoneme. The present study sets out to complement these by examining the linguistic denotation of markers of word division in several ancient Northwest Semitic (NWS) writing systems, namely, Ugaritic, Phoenician, Moabite and Hebrew, as well as alphabetic Greek. While in Modern European languages words on the page are separated on the basis of morphosyntax, I argue that in most NWS writing systems words are divided on the basis of prosody: ‘words’ are units which must be pronounced together with a single primary accent or stress, or as a single phrase.

This book is available as a hardback, and it is also openly accessible here.

Find out more about this series, Contexts of and Relations between Early Writing Systems from Oxbow Books here.